What Is Americano Coffee?

What is Americano Coffee? An Easy Guide

Americano coffee is served in nearly every cafe in the world. If your favorite coffee shop has an espresso machine, they can make you a deliciously bold Americano.

While it hasn’t risen to popularity quite like lattes have, Americanos are a beautiful drink that every coffee lover should try at least once.

What is an Americano?

An Americano is an espresso drink much like cappuccinos and lattes. It is made entirely from espresso and water, giving it a similar consistency to drip coffee. Although it looks and smells like a drip coffee, Americanos actually have a very different flavor profile because of how they were brewed.

Espresso coffee is made using a unique brewing method that provides the coffee with a stronger and more intense flavor. It is heavily aromatic and bold. Espresso’s flavor can be attributed to the hot pressurized water that is used to brew densely packed coffee grinds.

The metal filter of the espresso machine also adds to the flavor, differentiating it from all other types of brewing. Many Americans find that espresso is hard to drink by itself. Espresso can be very strong and bitter, but its harsh taste is mitigated with water. This is how the Americano was born.

The Americano combines bold espresso with water to dilute its intensity. Depending on where you order, an Americano contains anywhere from a third of a cup to a half of a cup of espresso. The rest is filled with water, which can be hot or iced according to preference. 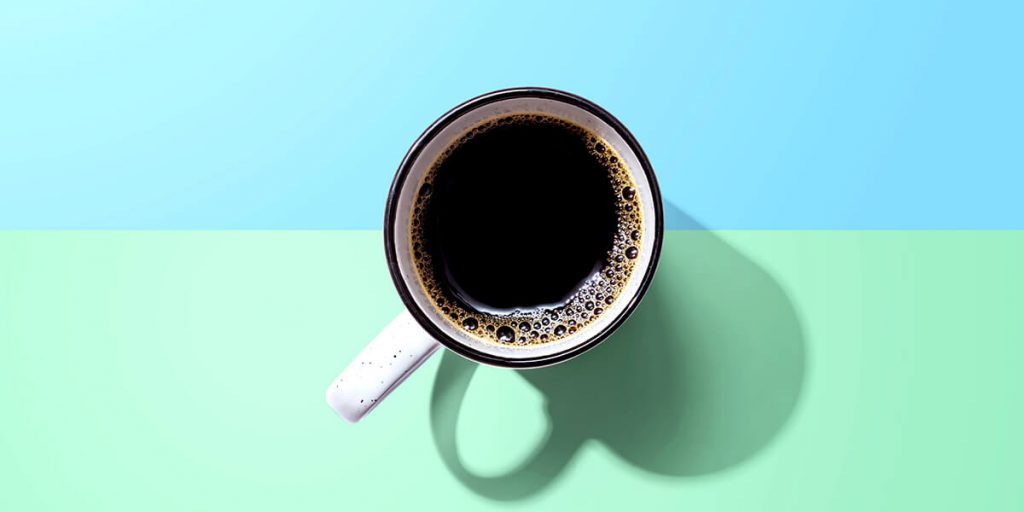 How to make an Americano

It may be hard to believe because this drink has only two ingredients, but there is a lot of controversy over how to brew an Americano. Typically, people will agree with one of two brewing methods: pulling the shots first or adding the water first.

For those of us who aren’t familiar with brewing espresso, this may seem like a miniscule detail to fight over, but there is more to the order of an Americano than meets the eye. Espresso has what is commonly referred to as a crema.

The crema contains a majority of the oils and carbon dioxide the coffee beans released during the brewing process. This gives the crema a uniquely flavorful taste that appears only in espresso.
When espresso is pulled before water is added to an Americano, the crema is able to mix into the drink, adding its unique flavor. If the water is added before the espresso is pulled, the crema does not form and does not contribute to the flavor of the Americano.

An espresso’s crema layer adds a mellower flavor to the Americano that closely resembles drip coffee. Without the crema, Americanos have a cleaner taste similar to that of French press coffee. In New Zealand, Americanos are made without the crema and are commonly referred to as a “long black.”

Where did the Americano originate?

While we don’t know exactly how Americanos came to be, many people say that they gained popularity in the second world war. American soldiers stationed in Italy missed their mellow, sweeter drip coffee and tried to replicate it with espresso.

Caffe Americano translates to American coffee, but there are many differences between an Americano and a drip coffee. They do not taste the same. 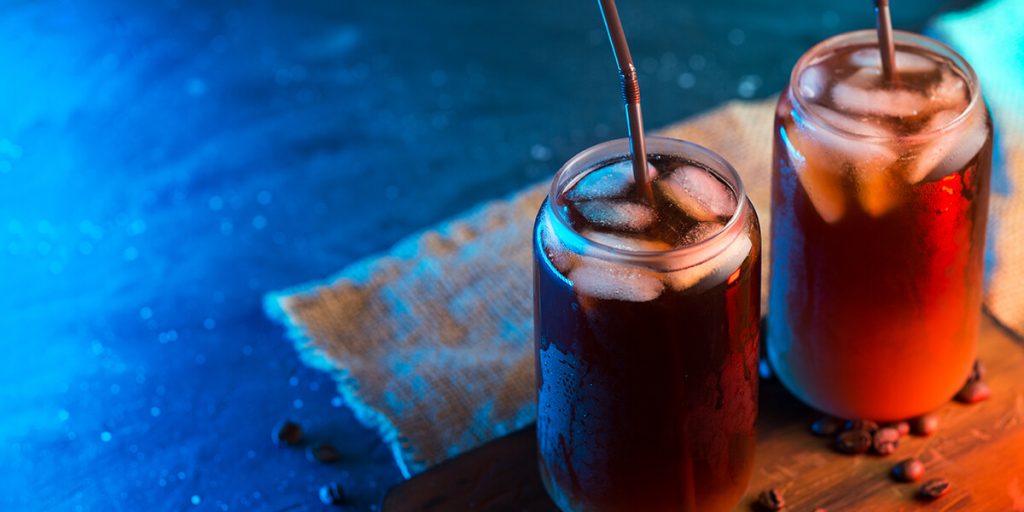 How is Americano different from drip coffee?

An Americano has a few key characteristics that differentiate it from regular drip coffee. Although both drinks have roughly the same caffeine continent, they vary in brew methods and flavor profiles.

Drip coffee uses a paper filter, which gives the brew a mellower flavor and a lighter body than espresso. Espresso’s metal filter means that the oils and sediments of the coffee grinds add to the flavor of the coffee.

Because of the differences in brewing, the two drinks taste very different. Drip coffee is subtler in flavor, containing more floral flavors. These delicate flavors are allowed to develop in drip coffee because it take longer to brew than espresso.

Espresso coffee is much more intense. It doesn’t contain the lighter flavors that drip coffee has because of the high temperature of the water it is brewed with. That being said, espresso’s specialty is deep and earthy flavors such as nuts and chocolate.

These more intense flavors add to Americano’s bold taste, yet the dilution of the water gives it a body closer to that of drip coffee.

How is an Americano different from latte?

Although they are both espresso drinks, Americanos are different from lattes. The biggest distinction between the two is the use of milk versus the use of water to dilute espresso. Espresso is often too intense for the American palate, so we popularized Americanos and lattes, which are both diluted forms of espresso.

While an Americano uses water to dilute the espresso to be more palatable, lattes use steamed milk and are typically topped with milk foam. Steamed milk is made by aerating milk with pressurized steam until microbubbles form. These bubbles give the milk a thicker, creamier texture.

Another distinction between the two is that lattes are often customized with flavored syrups or sauces. This is where we get our beloved vanilla and mocha lattes. While there is no hard and fast rule about customizing Americanos in this way, it is rare.

How is an Americano different from cold brew coffee?

Americanos can be made hot or cold depending on your preference, so one might think that an iced Americano is the same thing as cold brew coffee. This is far from the truth. Cold brew coffee has a very sweet and smooth taste. It is one of the mildest coffees you can brew.

That being said, cold brew coffee has much more caffeine than an Americano. While you probably couldn’t tell the difference just by looking at them, they are polar opposites.

Cold brew coffee is made by steeping coarsely ground coffee beans in room temperature water for up to 20 hours. This low brewing temperature allows subtle flavors to be tasted in the resulting coffee. It also means that the coffee is less acidic than a drip coffee.

Espresso is made by brewing finely ground coffee beans at near boiling water in a highly pressurized fashion. This temperature and pressure allows the coffee beans to contribute a more intense and aromatic flavor. 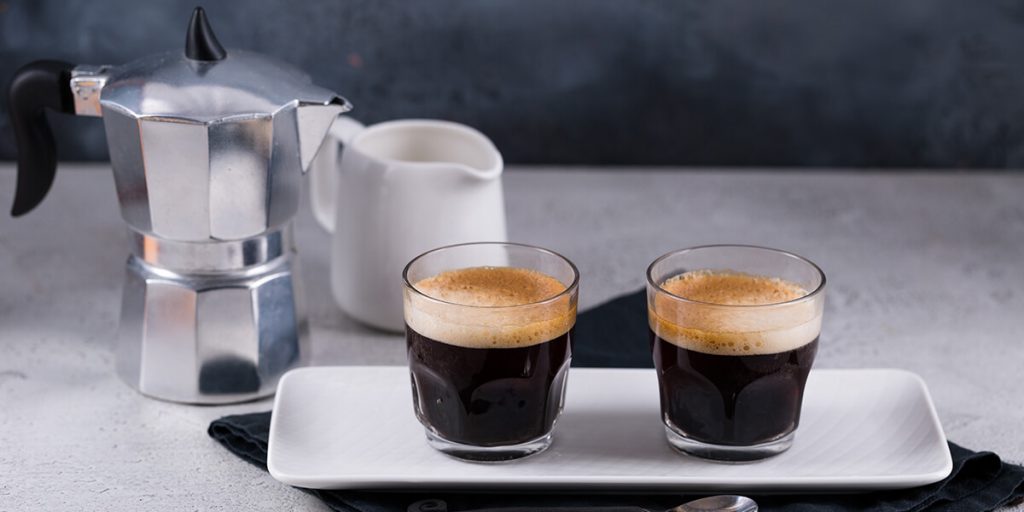 How to make an Americano in 5 easy steps

Americanos are one of the easiest espresso drinks to brew because of their simplicity. They only contain two ingredients: espresso and water. If you would like an Americano that tastes similar to a drip coffee, pull the espresso shots first and then add water. This will create a mellower and more aromatic drink.

If you are a fan of the clean, fresh taste of French press coffee, you might prefer to pull the espresso shots over a cup filled with hot water. Brewing this way prevents the crema from forming, which is what gives the espresso that dirty taste. With our preferences identified, let’s get started on making delicious Americanos!

Americanos are a timeless espresso drink. The deliciously rich espresso is made much more palatable with the addition of water and can be served hot or iced.

Although it may just be simpler to brew drip coffee, the espresso in an Americano adds an intensely aromatic flavor that just cannot be achieved any other way.

Americano vs. Drip Coffee: What is the difference?
https://coffeechronicler.com/americano-vs-drip-difference/

What is an Americano?
https://www.roastycoffee.com/americano/

What is an Americano Coffee?
https://coffeehow.co/americano/

What is the Difference Between an Americano and Cold Brew Coffee?
https://caffenero.com/us/the-journal/difference-between-cold-brew-and-iced-americano/

How to Make a Caffe Americano in 5 Easy Steps
https://www.starkinsider.com/2011/12/how-to-make-a-caffe-americano-in-5-easy-steps.html